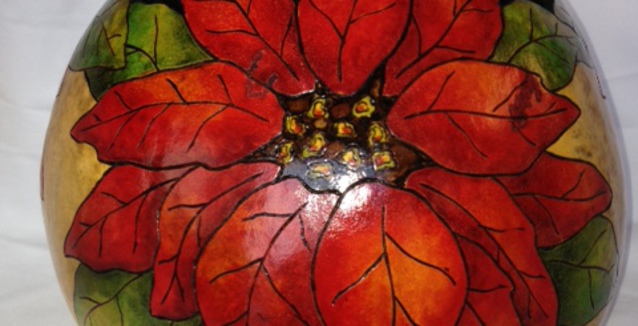 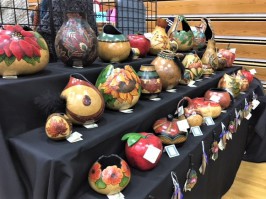 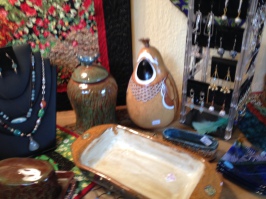 Handmade at the Lake 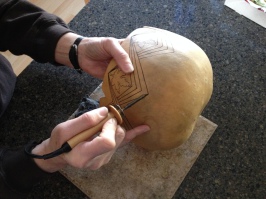 The gourd plant has been described as one of nature’s greatest gifts to mankind. Although the hardshell gourd (Lagenaria seceraria) is believed to have originated in Africa, the earliest intact gourd associated with human settlements was found in Florida, dating back to 6000 BC.
The most common use of gourds in all cultures were as containers and vessels. Other uses were varied and numerous, including cooking utensils, making and fermenting drinks, musical instruments, food, religious and ceremonial rituals, medicinal, and even currency. (In Haiti, the unit of currency in known as gourde.)
Gourds are members of the Cucurbitacaea family, (which includes squash, melons, and pumpkins). Hardshell gourds grow on vines reaching 100 feet in length, and require at least 130 days of full sun between the first and last frost dates. The gourds are harvested in the Fall, and are allowed to “cure.” This drying process can take anywhere from several weeks up to a year. During this time, mold forms on the epidermous (outer) layer of the gourd. This mold is scraped off before the gourd is used.
Hardshell gourds are grown in a wide variety of shapes and sizes, which lends itself to unending possibilities for the gourd artist. The techniques and applications used in gourd art are just as varied. Choosing just the right design and embellishments to compliment a particular gourd is one of the most challenging and rewarding aspects the gourd artist can realize when attempting to create that “one of a kind” decorated gourd.